You may already know your skin is the largest organ in the body. And as the most prominent component to your body, it also reflects your internal state visually.

Therefore, the adage, ‘you are what you eat’ rings true.

But how does something like our gut health affect our skin?

Researchers have been investigating the gut microbiome for the last few decades now. The gut microbiota contains a range of microorganisms dependent on the lifestyle of every individual. This includes diet, geographical location, mode of birth, antibiotic use, perceived psychological stress and numerous other factors (Sekirov, Russell, Antunes, & Finlay, 2010).

It is common knowledge that researchers all over the world have been able to link imbalances in the gut microbiome to some disease states, such as obesity and type 2 diabetes.

If you have been doing a bit of your own research on this topic, you will also know the gut is commonly labelled as the ‘second brain’. Researchers and physicians refer to it as the gut-brain axis.

However, you may not have known there is another pathway referred to as the gut-brain-skin axis. Current research is focused on how the three interact and the consequences on both the skin and mental health.

Without getting overcomplicated, we are going to look at the influence of gut health on the skin. The gut-skin axis – a new emerging concept.

The relationship between normally residing intestinal bacteria (the gut microbiota) and its potential role in skin diseases such as acne is an area where researchers are just beginning to understand (Vaughn, Notay, Clark, & Sivamani, 2017). Despite what some articles on the internet will tell you, at this point, it currently lacks clear pathological or biological explanations. But that doesn’t mean it isn’t worthy of exploration.

The recognition of the gut and skin somehow being connected is not new though.

Traditional forms of medicine have applied a gut-centric approach to health and disease for centuries (Sivamani, 2018).

So, let’s dive in and see what is being discovered.

Gut-skin Axis, what is it?

The gut and skin have a lot in common.

Both play vital roles as defenders against pathogens invading from the outside environment.

Additionally, they are significant players in the neuroendocrine messaging system. As they have nerves that send and receive signals from the brain with the ability to send messages to other parts of the body.

They also have their own microbiome.

It is known that the gut and skin interact through the microbiome and its metabolites. There is a complex and multifactorial interplay of communication between the immune system, endocrine system, metabolic and nervous system as well as environmental factors such as diet and medications (Vaughn, Notay, Clark, & Sivamani, 2017). When it is on point, and working well with a balance of essential bacteria, you look a picture of health.

But…….the gut lining is only one cell thick.

When something is wrong

It doesn’t take much to tip the balance in favour of the harmful bacteria causing an imbalance (intestinal dysbiosis).

Presently, there is clinical evidence suggesting a close relationship between intestinal dysbiosis and skin conditions (Vaughn, Notay, Clark, & Sivamani, 2017). But how does that happen?

Western diets are notoriously high in processed foods, sugar and bad fats. The good bacteria are significantly reduced in the presence of processed sugars. Apart from that, some fats and sugars increase intestinal permeability. The lining of the gut is inflamed and compromised.

When this happens, bad bacteria, its metabolites and undigested food particles enter the bloodstream through the gut. This is commonly referred to as ‘leaky gut’. This allows pathogens to move throughout the body. They find residence in neighbouring and distant organs which causes health complications (Sekirov, Russell, Antunes, & Finlay, 2010). In effect, the metabolites accumulate in the skin and disrupt skin homeostasis (O’Neill, Monteleone, McLauglin, & Paus, 2016).

Along with the issue of leaky gut, when the microbiome changes and there is dysbiosis, the immune system reactivity shifts and can lead to inflammatory reactions in the skin(Vaughn, Notay, Clark, & Sivamani, 2017).

Endocrine dysfunction causing Acne vulgaris (also known as hormonal acne) affects approximately 85% of adolescents and young adults between the ages of 12 and 25. It represents the eighth most common medical disorder worldwide (Salem, Ramser, Isham, & Ghannoum, 2018) and is closely related to gut health.

It is particularly prevalent in western countries, a phenomenon thought to be related to an abundance of carbohydrates in the typical western diet. A high glycaemic load promotes an increase in insulin/insulin-like growth factor. This is thought to induce changes in the sebaceous gland and lead to acne (Salem, Ramser, Isham, & Ghannoum, 2018). Hormonal acne is also problematic when there is a miscommunication between the brain and endocrine system (regulated in part by gut health). It can lead to testosterone dominance, contributing further to skin problems.

There is also an intricate connection between acne and GI dysfunction and may be mediated by the brain. Psychological stressors such as anxiety and depression are hypothesised to cause the gut flora to either produce different neurotransmitters or trigger the release of neuropeptides. These both increase intestinal permeability. This leads to both intestinal and systemic inflammation (Vaughn, Notay, Clark, & Sivamani, 2017).

Clearly, there are multiple ways your gut health can be compromised and affect your ability to get clear, glowing skin. How do you get back control?

How to support your gut health for clear skin

It’s not breaking news that diet plays a role in how well you feel. But it significantly impacts how your skin looks as well. With food, it is good to keep it simple.

Anything that causes a spike in blood sugar can, theoretically, increases inflammation and insulin levels. Which may lead to pimples and excess oil. Gut Performance™ is a powerhouse of micronutrients. In particular, Chromium. This is key to maintaining blood glucose balance.

Stay away from foods which trigger inflammation in the intestines causing immune or allergic responses. These inflammatory messengers end up in your skin, leading to acne and skin disturbances. Gluten and dairy are often contributing culprits. If you believe you may be allergic to certain foods, please see a qualified nutritionist to help you determine what is causing the inflammation.

Stay away from foods that promote the growth of harmful bacteria in your gut – refined sugar or foods that quickly convert to sugar. This promotes an increase of inflammation in your body and aggravates skin conditions such as acne. Gut Performance™ helps to decrease inflammation in the gut and repair damage that has already taken place.

Adding good quality cold pressed olive oil to your diet has been shown to slow down the release of sugars from carbohydrate-rich foods. Also, in the correct dosage, this good fat naturally suppresses the body’s inflammatory response and helps with the production of healthy hormones (Enders, 2017).

Some studies have reported beneficial interactions in gut health with prebiotics and probiotics, that may prevent or resolve some skin diseases (Vaughn, Notay, Clark, & Sivamani, 2017). Prebiotics are non-digestible carbohydrates that help stimulate the growth of certain bacteria in the gut. This leads to an improvement in the health of the gut. Gut Performance™ is renowned as an excellent prebiotic.

Include foods that promote good gut integrity, such as fermented foods like sauerkraut, kimchi.

Research shows the health of your gut impacts almost every area of your health – skin included.

Although the exact mechanisms in gut health and skin clarity are still not fully understood, it is more than clear multiple mechanisms and systems are impacting on the skin. Improving your gut health is a huge step in ensuring you will have clear, glowing skin.

Cannot get other user media. API shut down by Instagram. Sorry. Display only your media.

Cannot get other user media. API shut down by Instagram. Sorry. Display only your media. We explore the box breathing meditation technique and how it can help reduce your gut health issues. Love your Gut this Christmas

Christmas and the New Year can be a challenging time for your gut and extend the limits of your body’s ecosystem to breaking point. But it doesn’t have to be that way. The gut microbiota and microbiome differ significantly between men and women. So how does this impact gut health and general wellbeing? 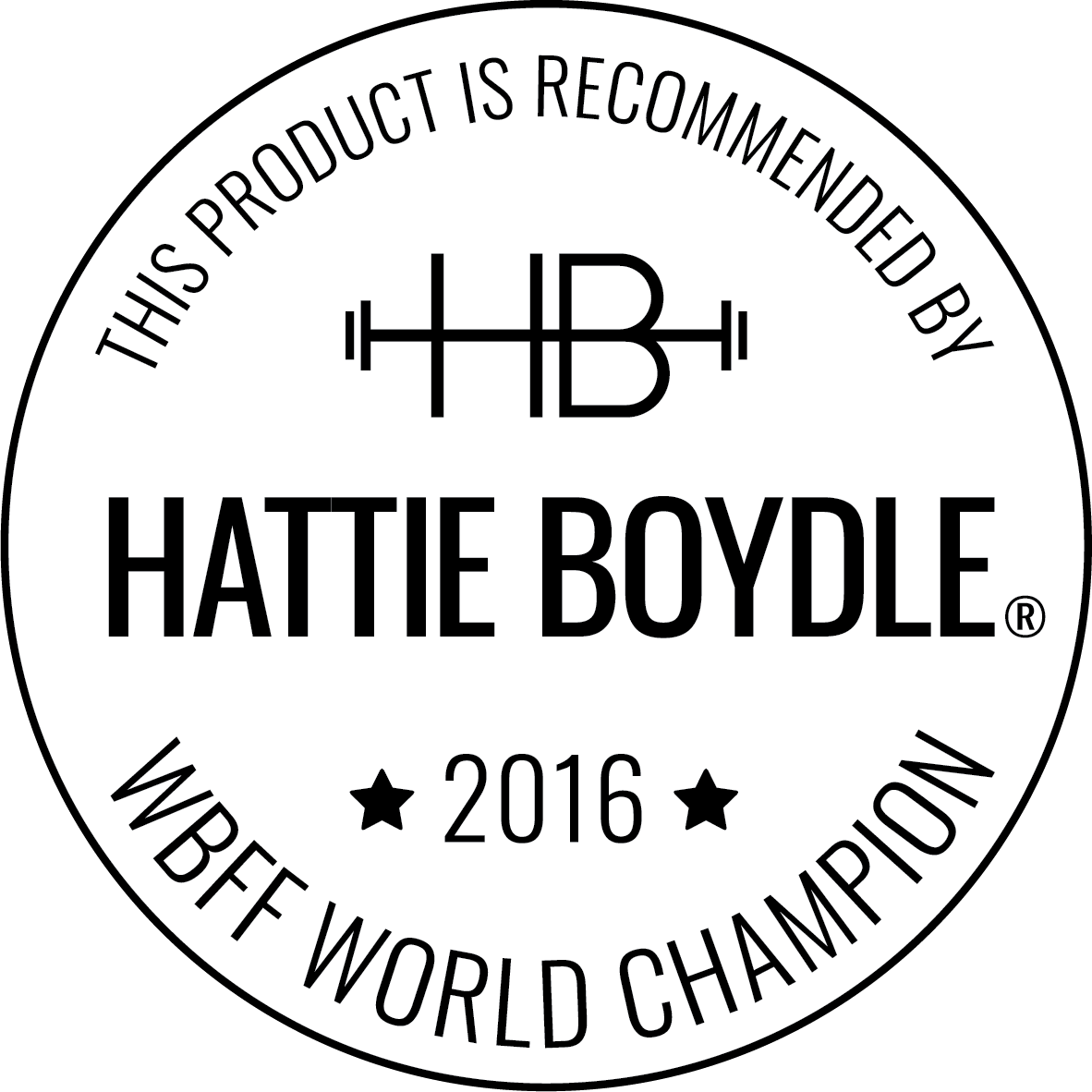